Tasawuf or Sufism is believed to be the Islamic doctrine, which was first embraced by Indonesians. History tells us about the Great Sufi Masters who were highly respected by the people and become spiritual leaders or consultant for political leaders. And according to many scholars, Islamic Indonesian society specifically, and Indonesia as a country generally, owes its unity despite its religious multiplicity for tasawuf. As an example, Raden Fatah, after establishing his Islamic kingdom In Java, he didn’t ban other forms of worship and religions like Buddhism and Hinduism and that was conform to the will of his Spiritual master Sunan Ampel which stresses Islam as a religion of tolerance. And here we can see the influence of tasawuf in maintaining the unity of the Indonesian society.

This well-known expression from Siti Jenar, has been the subject of a big polemic among the Sheikh’s disciples and thus it was interpreted in many ways; but in fact He was like Alhalaj the great Sufi master who was alleged of Hulul (incarnation), but actually it was a misinterpretation of his sayings. So the meaning of this expression is not that God incarnates his creatures, since this fact would limit the infinite God and it would be contradictory with the principles of Al Halaj himself. But it’s a kind of spiritual Union with the One, and also since God is the point to which everything will return and thus meet and become one with him. And this understanding is taken from many verses of Al Qur’an. This Oneness cannot be explained unless within the principle of Wahdatul Wujud.

Also from the expression “Manunggaling Kawula Gusti” it is understood that within man there is the Spirit of God; “And when I have fashioned him and breathed into him of My Spirit, then fall down before him prostrate,” Saad : 72

From the verse above we can understand that Man has a primordial nature which potentially contains God’s spirit, so if he achieves spiritual perfection he would actualize this nature and returns back to His Origin, i.e.; God’s spirit.

From the points mentioned above, by this essay I would like to highlight some historical facts related to Nusantara Sufi teachings and see how close are they from Ibn Arabi’s teachings and his principle of Wahadtulwujud. I would like also to explain how such principle could be the cause of social fusion and country union.

Oneness of Being according to Indonesian Sufi

1-    Hamzah Al-fansuri. He lived in the era of Sultan Alaidin Riayat Syah IV Saiyidil Mukammil (997-1011 H-1589-1604 M) until the end of the ruling of Sultan Iskandar Muda Darma Wangsa Mahkota Alam (1016-1045 H-1607-1636 M), but we don’t know the exact date of his birth, he was born in the village of Fansur, South Ace, a village well known for Islamic education. He studied in Ace, Java and also over the world in Arabia, India and Persia, he could speak many languages, including Arabic, Malay, Persian and Urdu. He mastered many disciplines, including Fiqh (jurisprudence) philosophy, logic, and Tasawuf.

Hamza Fansuri is one of the Sufis who represent what is known in Indonesia as Tasawuf Falsafi which is opposed to Tasawuf Suni or Amali. The first one known also as wujudiyyah or wahdatulwujud is what is known in the Sufi literature as Tasawuf Nazari or theoretical mysticism, and the second as practical mysticism. I don’t see the meaning of the distinction made here except that attempt to devoid tsawuf from it’s original meaning; influenced by Fukaha who were influenced by they teachings they got while their stay in Arabia and their influence by the Salafi movement which stresses the importance of shariah and rejects any form of intellectual or esoteric tendency to understand and embrace religion.

But in fact, Wahdatul wujud as the main concept taught by Ibn Arabi has never been contradictory with Sharia, on the contrary, any attempt to deny and reject shariah or the exoteric facet of religion is an attempt to deny The principle of Wahdatul-Wujud itself, as stressed by Ibn Arabi Himself and repeated by his disciples in their abundant Sufi literature. We can trace back these allegations to the misunderstanding of the principle of Wahdatul wujud by many scholars, especially those who deal only with esoteric sciences. In fact in tsawuf as in philosophy we have to sides, which go together and cannot be separated: theoretical mysticism and practical one, likewise theoretical reason and practical reason in philosophy, human beings have two kinds of knowledge and both of them have to do with the perfection of man, the theoretical aspect, which consists of the knowledge we have and has nothing to do with practice, for example our knowledge about God’s attributes. The second type is practical knowledge, which is directly related to knowing how practice what should be practiced so as to achieve perfection in a specific domain, but this is tightly related to the theoretical aspect since it helps in generating this type of knowledge while the latter also helps the second with providing it with theories of practice. So it’s senseless when we talk about theory without practice, especially in the field of tasawuf.

2-    Syeikh Abdurrauf As-Sinkili: known also as Syeikh Kuala, he was a very productive scholar he brought the Sufi order known as Syatariyah to Nusantara. He was professional in fikih and in tsawuf as well. Originally from singkel Aceh, he contributed in a great deal in wide spreading Islam in Indonesia. He is well respected especially in Aceh. He is also confirmed to be the most known Indonesia scholar in the Islamic world.

Syiekh Abdurrauf learned the first principle of religion before his father who was a scholar also, he continued his studies in the village of Barus in a school managed by Hamza al-fansuri, there he learned, fikih, logic, philosophy, Arabic and Persian.

He became Mufti of Aceh during the era of Sultan Safiatuddin Tajul Alam (1641-1643). At that time, he was fostered by the Sultan to travel to Makah where he stayed for 17 years. There he met many scholars and he learned from them informally. He came back home in 1622, and began to teach tariqah Syathariyah. He had disciples from all over Indonesia. In this Sufi order, he advocated that the real existence is God’s existence while creatures are mere shadows. And even-though the real existence of God the creator is different from his creatures but it encompasses it. God manifests himself in the world through his names and thus He manifests himself within man and in a more perct way within Insan Kamil. Althought this view is compatible with Wahadtul wujud, but the Syeikh denies the principle itself. He has written many works, among them in tasawuf: kifayatul Al Muhtajin, Daqaiq al Huruf, Bayan Tajalli, Umdat al Muhtajin dan Umdat al Muhatajin Suluk Maslak al Mufridin.

His denial of wahdatul wujud may be caused by his political position as a Mufti, but in his works we can clearly see that he was influence by both scholars of Sufism; theoretical and practical. So he mentions Ibn Arabi, Al qunawi, Alghazali and Al-Junaid as well.

The concept of tawhid according to Abdurrauf and its relation to wahadatul wujud.

For him tawhid is understood as in theology with a very deep explanation about the meaning of tawhid literally and in the context of theological terminology. But furthermore he uses explanations and terminology that is only found in Ibn Arabi’s literature, like a’yan tsabitah, dhilu Allah, dhillu adhill and other, hence we can deduce that Abdurrauf followed a strategy so as to cover all the needs of the learners; from those who are only interested in exoteric matters to those who need more and look for the development of esoteric aspects without raising the sensitivity which this matter may cause, especially at the political and juridical level. And a reading from his book sullam almustafidin (the ladder of the learners) would clearly prove this fact:

The bound existent with attribute of contingency, that’s why it is called    other than God, and it is in relation ti Him as a shadow, but it is not   something additional to realities that is known for Alhaq (fixed entities).

The one who is acquainted with Ibn Arabi’s terminology would know at first that this is wahdatul wujud of Ibn Arabi, even though the claim is other than that.

And he is with you whenever you are

There was God and nothing was with him

Here to show his transcendence.

And He is now as He was before. i.e.; nothing changed before creation and after creation, thus God has no second and creatures are mere manifestations of his essence but not a second existence.

These two concepts are found in Ibn Arabi’s teachings known for هو لا هو; He not He. This is to show the immanence and transcendence of God at the same time.

At the same time he stressed the importance of the scripture, i.e., Al-Qur’an and Sunnah which are the warrant for checking true knowledge.

From another perspective Abdurrauf warns his disciples from the Sufi language;

And don’t follow your whim, and don’t be trapped by the apparent words of the Sufi…

This warning I think is no more than trying to make his disciples avoid things that they may not comprehend or just to show discontent with Sufis to avoid the wrath of those who don’t appreciate them.

Nuruddin Arraniri: who died in 1658. But we don’t know exactly when he was born. He has contributed in a great deal in the availability of rich Indonesian literature. He was also named syeikhul Islam in Aceh; he also denied and tried to contradict the teachings of wahdatul-wujud as other religious official did. But for the same reason it was just a strategy so as to avoid conflict with those who don’t accept such teachings or also to avoid misunderstanding about Sufi teachings which were deep enough and require specific potentials and preparedness.

According to many studies, most of the scholars hold the opinion that Islam was accepted and adored in Indonesia because it doesn’t conflict with the Indonesian human nature. Also, it is believed that the first form that was presented in Nusantara were the Sufi teachings. It is well known that Sufi teachings are compatible with human nature (fitrah) that’s why they are easy to accept. They are also inclusive and comprehensive, these characteristics made Sufism a very efficient way to wide-spread Islam. Unfortunately there are some voices who are calling for rigid methods of da’wah which are exclusive hegemonies to establish a very narrow way of seeing religion and culture, this way has been proven to be a threat for the unity of societies. That’s why it is high time for Indonesia scholars and intellectuals to do deep research and investigate the reasons that maintained the unity and harmony of the Indonesia society, so as to continue the way towards perfection, welfare and felicity in this world and in the here afterlife.

What you can read next 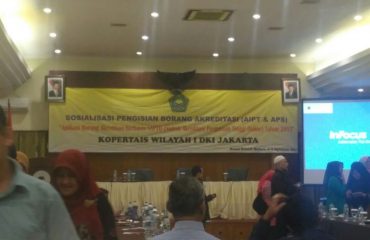